Publishers : Rock the Boat (an imprint of Oneworld Publications)

Source : I received an ARC from the publisher via NetGalley in exchange for an honest review. (Thank you!)

Why would a girl who has everything want to run away and never be found? 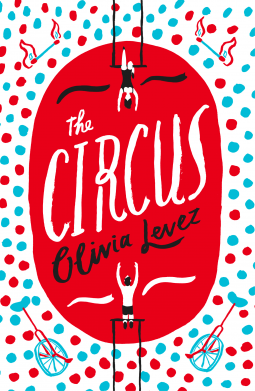 Willow has staged runaways ever since she was a little girl. She has everything a young person should want: a rich daddy, clothes, money, a pony and a place at a prestigious boarding school. In reality, she has everything except the thing she really wants: a father who cares enough to find her.

Aged sixteen, on the eve of her father’s wedding, she ruins the bride’s dress and escapes through a window, determined never to return. Her missing mother was a circus performer, and Willow wants to follow in her footsteps. But the performers she meets don’t want her. When her last bit of money is stolen by Suze, another runaway girl she thought she could trust, Willow becomes really homeless. Then Suze comes tumbling back into her life and a desperate Willow has to decide whether to trust her all over again . . .
So begins their frightening, exhilarating odyssey though hunger, performance, desperation and dreams. Will they both survive and will Willow make it to the circus of her imagining?

Olivia Levez takes you into the very heart of a girl who wants so hard to be lost, but saves herself through a powerful friendship and the awakening of a need for home.

Running away is as easy as breathing for Willow. She has ran away from her rich dad several times during her 16 years of life. This time, though, she plans her escape (from what!?) and lists out rules that she needs to follow to make sure she doesn’t get caught again. She experiences life out of her luxurious home, begs, steals, auditions for the circus, gets betrayed and learns so much about herself during this escapade.

I may have a love/hate relationship towards this book because i didn’t like Willow that much. The book tells that she is from a very rich background, with her own ponies and boarding school and house keeper etc. Yet, she is unhappy and tries to run away at every chance. The reason why she is so much obsessed with running away is – her dad doesn’t love her, she wants to find her mother who is presumed to have worked in a Circus, and she hates that her dad is re-marrying the Handbag (All through the book, this character is referred to as Handbag, no reasons provided, although actual name is given). She sabotages the wedding dress – so much hatred – and runs off with her gap year money in search of a mother whose memory is only associated with her throwing off baby Willow in the air. Right!

Looked like Willow hated everyone – except Suze (a street performer, also a runaway) who she initially hates and then takes care of later in the book – even her house keeper. Why there is so much angst, I couldn’t comprehend. Rich, spoilt and naive. Willow recalls how her dad is never the one to find her and which is why she keeps running away – to be found. I liked the Circus part of the book, where she tries to learn new things and live her dream although short lived.

Some people would have liked the Suze-Willow part, but truthfully that just made me sad and think this is how much you suffer or experience when you run away from home. The world is not a happy place for runaways.. People betray you, cheat you, take advantage of you and leave you with broken heart and lessons for a lifetime. So yes, I recommend this to those that seek attention from parents, to those that are feeling unwanted, left out and want to leave everything behind in search of a place where they would belong.