Publisher : Gallery Books ( a division of Simon and Schuster)

Source : I received an ARC from the publisher via NetGalley in exchange for an honest review. (Thank you!)

Get the book from Amazon, B & N

A startling and evocative novel, harkening to both One Day and Gravity, a man and a woman revisit memories of their love affair on a utopian Earth while they are trapped in the vast void of space with only ninety minutes of oxygen left. 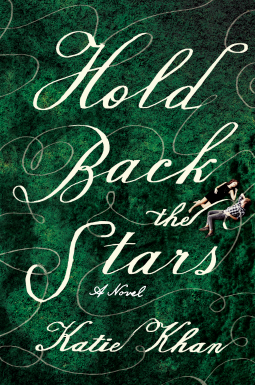 After the catastrophic destruction of the Middle East and the United States, Europe has become a utopia and, every three years, the European population must rotate into different multicultural communities, living as individuals responsible for their own actions. While living in this paradise, Max meets Carys and immediately feels a spark of attraction. He quickly realizes, however, that Carys is someone he might want to stay with long-term, which is impossible in this new world.

As their relationship plays out, the connections between their time on Earth and their present dilemma in space become clear. When their air ticks dangerously low, one is offered the chance of salvation—but who will take it? An original and daring exploration of the impact of first love and how the choices we make can change the fate of everyone around us, this is an unforgettable read.

Woww this book was something! This is really a very good attempt at Utopian science fiction. And to think this is Katie Khan’s debut novel… !!

Max and Carys are floating in space with only ninety minutes of oxygen left in their tanks and with nothing around except for an asteroid belt that hit their spaceship leaving nothing useful behind. The chapters are alternatively told with how much time that is left with that of their past. The past was just a bit boring, cheesy romance of how they met and how they ended up in the spaceship with no other cosmonauts.

The story setting is based on fictional Utopian world that is formed after the destruction of the United States and the Middle East and the form of living the post-war world adapts to – The Rotation. For every three years, people who belong to the Europia and are in Rotation, will be moved to different regions of the world. There can be no relationships that are permanent until you are 35. Everyone is answerable to no one except their own and they take responsibility for their selves in this new world. No religion, race, ethnicity, caste etc.

Max is from the founding families of the Rotation and he lives by it. While Carys, is enrolled in it only after 18, has enough roots and commitments prior to Rotation so she hates the system. What happens when they meet is what follows and yes, eventually ending up in a spaceship.

Sci-fi wise the book was great and wonderful creative writing. Romance-wise it was nothing different.

“Science both advances and undermines itself over time. If we live long enough, most theories we currently accept as fact will be proved false. There is always better, more advanced science out there -we just have to advance our own knowledge first. “

As the minutes are ticking and there’s no miracle happening, i was intrigued and definitely wanting to finish the book to know its end. And boy was i surprised. I don’t want to give spoilers but those last few chapters were amazing!